Keen for a fresh track on your playlist? Try JAWNY’s genre-bending ‘Anything You Want’

Keen for something a little funky to add to your playlist? Welcome to the new King of alty: JAWNY. I’ll freely admit I had no idea where the name came from until I had a cheeky Google search. Let me enlighten you. The singer’s real name is Jacob Sullinger. He first made music as ‘Johnny Utah’ before moving to Philadelphia to surround himself with his more musical peers and pursue his career. He then self-adopted the slang-name ‘Jawn’ known to the town as a noun that replaces well, any noun.

I also found he has 1,449,204 monthly users, as it currently stands. So, if you’re not already thinking this young man sounds like a decent chat and would 100% be of great value at a social BYO, then you should get a load of his music which is all self-produced, arranged, composed and mixed. JAWNY genre-bends the distinctive grooves of funk, indie, and pop. If you’re not sold on the modern era’s now subjective and fluid definition of genres, then JAWNY will definitely not be the one for you. However, he is definitely the one for me.

February 28 this year saw JAWNY release the tune ‘Anything You Want’. The single artwork promotes a blurred film-snap of him chilling with his guitar, care-free and content. The song title is splattered across the top of the cover in the kind of coloured block writing you’d attempt to draw in the back of a 5th form art class. You can tell by this track artwork that what’s inside is going to be just as character filled. I apologise in advance for you spilling the long black on your desk when the funkadelic affair starts pulsing through your headphones. Don’t look around too much, you’ll draw attention. 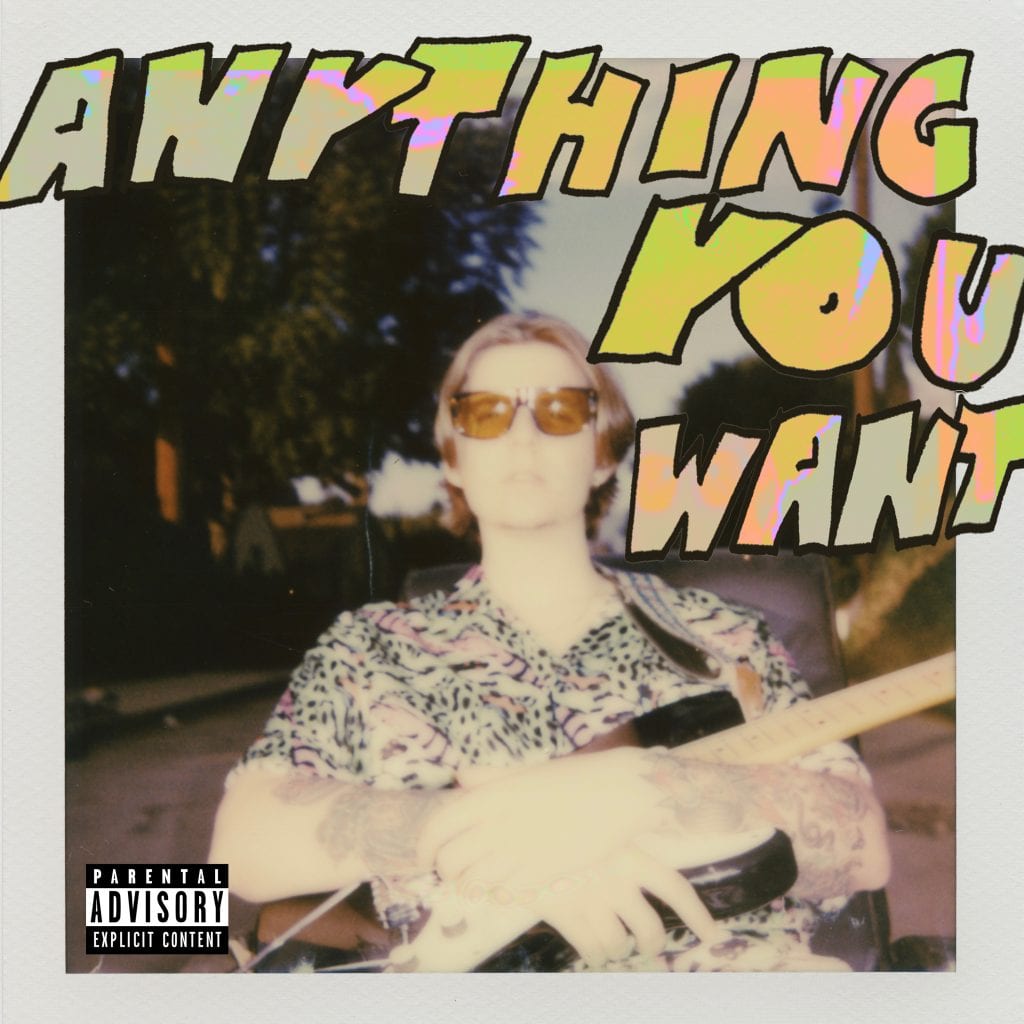 ‘Anything You Want’ has already gained spot #2 on Spotify’s most played JAWNY songs following his most infectious single ‘Honeypie’ released in 2019. How good is the music video? Never did I expect a point-of-view shot from a honeypie’s perspective to triumphantly entertain.

Additional to ‘Honeypie’ and new single ‘Anything You Want’, Jawny has been incredibly busy. He released a 2018 EP ‘Johnny Utah’, with 6 different tracks.  Then singles, ‘Really Meant’, ‘Folding Like Honey’, ‘Skytop Garden’, ‘Patty’, ‘Crazy For Your Love’, ‘4Tounce’, and one Christmas holiday cover ‘Christmas Wrapping’. I’ve linked his general Spotify profile below for you to stalk.

All of the above tracks, including ‘Anything You Want’, should be set to stick around as favourites. I have a proposed formula for genre-bending songs staying relevant: if one genre goes out of your current playbooks, there’s still 2 others in there that will keep you coming back. As it goes, I will typically smash a song out for a good 2 months, get sick of it, and come back to it a few months later. If it has a familiar feeling of enjoyment, even as it ages, the artist has done their job.

Perhaps I’ll see you back here for a one-year anniversary review. For now, happy listening, friends.