We could be biased, but we believe that Justin Bieber loves us the most. If the star was the cutest boy in school (which, let’s be honest, he is), we’d be the one he’d be sneaking love notes to in class. Our romance has blossomed beautifully over the years and we’ve shared enough special moments to make every other country totally jealous. But while we wait for him to make his way over to the land of the long white cloud in 2022, here are some of our favourite memories to look fondly over.

1. That one-off private show for one lucky high school

During Justin Bieber’s promotional hysteria (and first time ever visiting NZ) in 2010, a competition was held by ZM that offered the luxurious reward of having Justin Bieber come to your school to play an exclusive gig. ACG Strathallan student Mila Stephenson took out the prize and brought the star to her high school in Karaka. And every other student across the country was furious with envy. But if you just so happened to be one of the lucky students at Strathallan who witnessed the Biebs singing exclusively to you, well that’s got to be a moment you’ll cherish forever.

2. His collaboration with Parris Goebel

NZ’s very own choreographer Parris Goebel has been making waves internationally for years, working with huge names such as J.Lo, Rihanna and even Janet Jackson. But her collaboration with Justin for PURPOSE: The Movement was huge. Enlisting her creative help, Justin worked with Parris to create a visual dance movement for each track off his fourth album Purpose. Parris’ own dance squad from her studio in Auckland even made a few appearances in some of the videos, most notably the video for ‘Sorry’ which has now gathered a total of 3 billion views!

3. His love for Queenstown

During his last visit to our shores in 2017 for his Purpose World Tour, Justin rented out the luxurious Lodge at The Hills resort in Queenstown (which is said to cost $28,000 per night) and had a brief holiday before moving onto Chile to continue his tour. The gorgeous resort, owned by Sir Michael Hill, is advertised to be the perfect bit of paradise to reflect the beauty of NZ, especially Queenstown, and a great place to relax and escape to. It also sleeps 12 people so next time, Justin, an invite would be nice.

4. Speaking of Queenstown, remember when he danced with an old woman at a bar?

Because we sure do. While visiting the Blue Door Bar in Arrowtown, Justin caught sight of an elderly fan and began wooing her into dancing with him with his shirt off. The sweet moment was caught on camera and Justin is seen hugging the woman after their impromptu dance before giving her a loving kiss on the cheek. Pretty safe to assume that he loves Queenstown.

Justin really got around Queenstown, capping his trip off by bungy jumping over the Shotover River. But the craziest thing about that whole ordeal is not that he jumped from a 190cm height but that he did so backwards. We guess he’s a pro now after completing his first bungy in Auckland back in 2010. If the whole music thing doesn’t work out, may we suggest becoming a jump instructor?

Back in 2015 it was announced that Justin would be heading our way again for a one-off secret acoustic show. The details surrounding the show were kept a mystery but fans could only score tickets via The Edge. Or, if you were really determined, Justin Bieber stickers were hidden around NZ and if you took a selfie with one you instantly went into the draw. A lucky 100 (or so) winners gathered for an exclusive intimate show. Were you one of the chosen ones?

7. And that party with Rae Sremmurd

Not being able to stay away from a kiwi crowd, Justin joined Rae Sremmurd onstage at their Auckland show in 2015 to party with the rap duo as well as the audience. The night club where Rae Sremmurd were performing probably weren’t expecting old Justin Bieber to pop out but let’s just say we’re really jealous of anyone who was in that crowd. According to those who went, Justin mingled with the crowd and showed them a real good party.

8. How can we forget about that amazing Mt Smart show?

Finishing the Oceanic leg of his Purpose World Tour in 2017, Justin performed to a sold-out Mt Smart Stadium in Auckland and absolutely killed it. There was every bit of showbiz you could think of (lazers, pyrotech, lights, platforms raising to showcase the star as a literal god) and Justin danced his way effortlessly through Purpose tracks plus some olden goldies. During ‘Children’ he even brought out some local kids to dance up on stage with him, melting every heart in the crowd. What a night.

9. He added to his tattoo collection

During his stay in NZ, Justin got some new tattoos of a giant eagle spread across his stomach and a grizzly bear on the left side of his chest. He took to his Instagram story to post a picture of his body with the fresh ink and just casually made us all drool in the process. But thanks for the permanent devotion towards us, Justin! 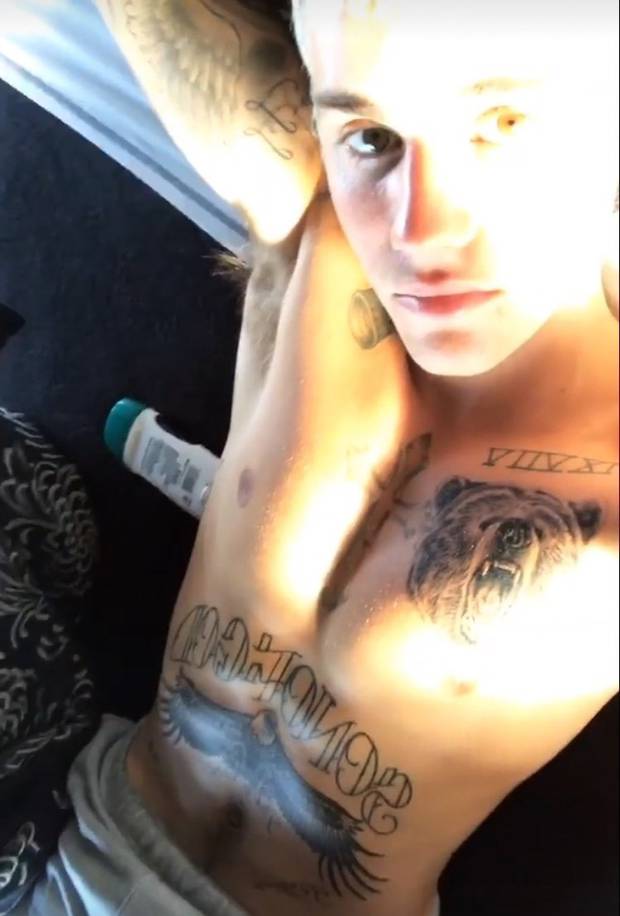 10. And finally, another intimate show because he really, really loves us

During his promotional tour in 2012 for his third album Believe, Justin crawled on back to us again and performed an acoustic showcase for about 200 lucky fans in Auckland. He sang some of his biggest hits ‘As Long As You Love Me,’ ‘Baby’ and ‘Boyfriend’ as well as a decent chunk of the Believe track list. Including this, his high school performance and that 2015 secret show, we’ve gotten pretty intimate with the star. Oh Justin, you sure do know how to woo a country.