In just two weeks Olivia Rodrigo’s debut single ‘driver’s license’ has become the biggest song on the planet. The viral hit now holds the record for the most weekly streams on Spotify, has hit #1 on nearly every chart around the world including the Billboard Hot 100, and encouraged many teens to start studying the road code. But it’s praise from her lifelong songwriting idol Taylor Swift that has left her in a “puddle of tears”.

Olivia has kept it no secret that she’s been a superfan of the superstar ever since the day she left the womb. Even going as far as expressing that she’s a “huge Swiftie” in her Spotify bio. So, naturally, after Taylor quoted her own Mom on Olivia’s Instagram commenting, “I say that’s my baby and I’m really proud  💗👏,” not only did Olivia go into a frenzy but so did the internet. Overnight she had gone from self-proclaimed Swiftie to Taylor Swift’s biological daughter.

Taylor has always been known for championing fellow artists, whether it’s via social media, a cheeky collab, bringing them out as a special guest, or asking them to open up for her on her world tours. And it’s not just Olivia Rodrigo who is on her radar right now. Our favourite maniac Conan Gray also caught her eye after being next level about his admiration for her. Just like Olivia, Conan can be found wiping away tears behind his phone screen whenever Swift gives him a public shoutout. So when Conan commented “MOM” on Olivia’s Instagram post about Taylor, the internet reacted – branding them both as her children.

Olivia Rodrigo and Conan Gray are proof that Taylor Swift has helped to raise a generation of powerful songwriters. We are so lucky to have been born in a generation where we’ve grown up with Taylor and her music. It’s always been right there when you need it most. Whether you’re starting your first day of high school, mending a broken heart, on a journey of self-love, or finding your forever and always, it’s been a string of constant free therapy sessions. And for Olivia and Conan, it’s been all that and a bonus lession in songwriting. The pair (now brother and sister?) have credited Taylor as their main source of inspiration on multiple occasions, often feeling like she has “raised” them. This is evident in both their song structure and lyrical devices, most recently on stand out tracks ‘driver’s license’ and ‘Wish You Were Sober’.

i love taylor swift’s children whom she birthed all on her own pic.twitter.com/WivdX22dmP

And as their new mom, Taylor is already taking great care of them. She sent them both a folklore cardigan to keep them warm and praises their new releases and live performances on the reg. Conan has covered the likes of ‘Love Story’, and ‘Lover’, whilst Olivia has sung her heart out to tracks such as ‘Cruel Summer’, and ‘betty’.

I AM GONNA FRAME THIS SCREENSHOT AND HANG IT ABOVE MY FIRSTBORN’S CRIB pic.twitter.com/JQwlR1CXws

Y’ALL. OH MY GOD.@taylorswift13 THANK YOU FOR BEING MY LIFELONG SONGWRITING INSPIRATION AND ICON.

THANK YOU FOR EVERYTHING. SWIFTY FOR LIFE. https://t.co/AvfbOMGz3F

There’s no doubt that the kids will get to tick off more of their bucket-list moments with their internet mom, with fans already speculating that they could be the openers on Taylor’s next tour. To be honest, from the way things are going, it’s only a matter of time until Taylor sends them both over official adoption papers.

‘Origins’: How Imagine Dragons Became “More Than Just A Band”

Billie Eilish: The World’s a Little Blurry – A simple coming of age rather than superstardom 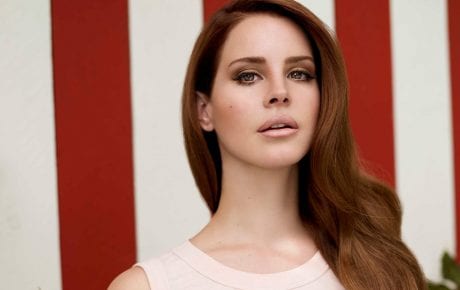