The fifth studio album from the Jonas Brothers might be six years in the making but it’s here to bust down the doors and make a fashionable entrance. With a new sound that gathers bits and pieces of 80s new wave, reggae, funk and pop, ‘Happiness Begins’ is the brothers’ way of reminding the world that they’ve always been a force to be reckoned with.

Released in tandem with the tell-all documentary ‘Chasing Happiness,’ a deliberate and conscious decision, the album shows a sense of maturity and growth from the brothers that we haven’t seen before. From their turbulent break-up back in 2011 to solo careers and marriages, we as the world have watched these three brothers really grow up. And now we get a behind-the-scenes glimpse at moments we might’ve missed.

‘Happiness Begins’ acts as more of a collaboration from Joe and Nick rather than the traditional Jonas Brothers sound. Although we hear Kevin’s classic guitar riffs and basslines, the real magic comes from the joining of both Joe and Nick’s solo musical influences. The big pop powerhouse beats and melodic falsettos are more in line with Nick’s solo career whereas Joe’s involvement in electropop group DNCE brings out the funky 80s elements that really bring each song to life. The band truly come together though in the harmonies, a skill that is so perfect it can only be achieved by familial bond. 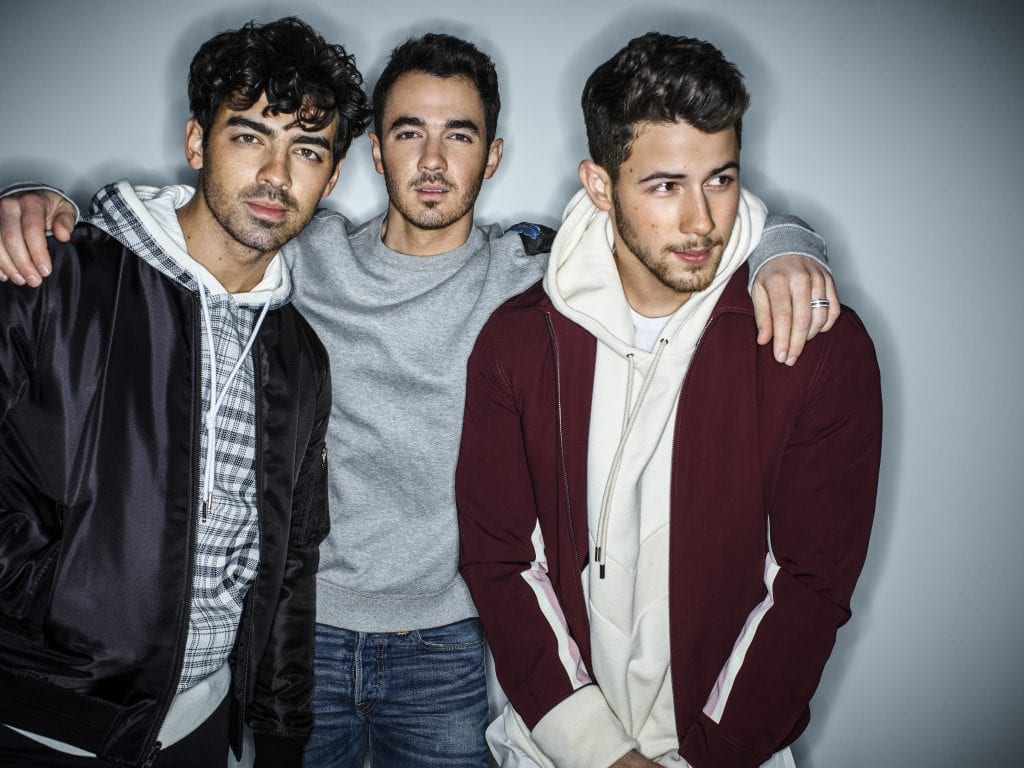 Perhaps the element that is most consistent with the old Jonas Brothers is the topic of relationships, although the trio have grown to shift their attitudes on the matter. Instead of the frustrated heartbroken tracks we used to get like S.O.S and Still In Love With You, we get the heartfelt Hesitate (Joe’s love letter to wife Sophie Turner), the number 1 single Sucker, plus Comeback, Love Her and I Believe (Nick’s nod to his whirlwind romance with wife Priyanka Chopra). Even the fiery tracks Used To Be, Don’t Throw It Away and Every Single Time seem to reflect on lost or troubled relationships rather than dwell on them, which seems to be where producer Ryan Tedder of One Republic really lends his influence.

Funky tracks Only Human and Trust tell the story of the passion that surrounds a new relationship and resemble the lyrical themes of old fan favourites such as Burnin’ Up and Lovebug, and the booming ‘Strangers’ shares the feeling of it all being meant to be. But the most important relationship the band talk about on the album is their own. Tracks like the hit single Cool, Happy When I’m Sad and Rollercoaster play through the highs and lows of their success and show their bond throughout it all.

After six years the Jonas Brothers really had a lot to say and they’ve crafted their words into what just might be the best pop album of the year and definitely the best pop comeback. For fans it’s felt like this day would never come, but we’ll believe them when they say that the happiness is only beginning.