Someone once described Post Malone as that weird kid in primary school who everyone loved. Of course, they didn’t know him personally (we love a parasocial relationship!).

This comment has however stuck with me to this day. Every time I watch an interview, there’s really no better way to describe his personality.

Austin Richard Post may honestly be one of the funniest musicians out there. You don’t even have to be a fan of his music to enjoy well… HIM. So let us make your day a bit brighter with the top 10 times that Posty has made us smile.

1. His Hot Ones interview

There are far too many peaks of Posty’s humour in this interview. But a personal favourite is when he starts explaining his Instagram posts. His response to Justin Bieber pranking him? He goes “I still haven’t got him back yet. I think I’m gonna steal his dog.” This Hot Ones episode has over 30 million views for a damn good reason, watch to find out.

2. That time he showed us what’s in his bag

Major baaaaaag alert, major bag alert! It’s not just the fact that Post calls himself Mr. International in this. It’s the hair, the fit and general vibes. He also accidentally promotes a cigarette brand in this… How much more Posty can you get than that?

Here, Noisey get Post to read through the YouTube comments on the music video for White Iverson. And lucky for us, they created one of the most effective cures for the Sunday Scaries. A user commented “This fatty sings so good” and Posty’s laugh in response is literally infectious. We’re also obsessed with how fixated he is on the funniness of the word ‘fatty’, over focusing on the hate. Bless his soul.

4. Watching his banter with Seth Myers

Posty’s face at 5:33 when Seth is mixing the cocktails is too good. This is the duo that we never knew we needed, but alas the best things in life are unexpected. Their banter is unmatched. And real talk, Post seems like the best day-drinking buddy, he’d definitely make sure to give you a Panadol before that early-evening nap afterwards.

5. That time he went undercover at a record store

Rare fact: Post Malone secretly wants to be an accountant. If you’re wanting to see Posty’s self-deprecating humour at its best — you have arrived at your destination.

6. When he riffed with a mariachi band

This is such a niche dream, but this video made me want to throw Post Malone a surprise party. We’re obsessed with his pure joy when the surprise mariachi band begin covering Congratulations. Better yet, they even start riffing together. So beyond wholesome.

A sequel to a 2016 video and honestly, we want this to be like the Marvel movies — a never ending series. It’s wild watching this compared to the 2016 video. They’re only four years apart but in that time, Posty got all his infamous face tattoos. His dead-set honesty is also on fire here. The best one liner: “People zoom in (to his neck tattoo) and say it looks like an old man’s butt. It’s all about perspective.” We couldn’t agree more with Austin.

8. When he asked Jimmy Fallon to say hi to his step-mum

If this proves anything, it’s that Post Malone has as good a heart as his music. It’s the way his voice softens when he goes “Jimmy, will you say hi to my step-mum?” Ugh! It’s so obvious that his step-mum must have been talking beforehand about how much she loves Jimmy Fallon. Sigh, can someone out there please just love me the way Post loves?

9. That time he let a fan play with him onstage

This fan apparently lined up for hours to get front row. Post then saw his sign that said “LET ME PLAY STAY” and boom, the fan’s manifestations worked. The best thing about this performance is how equally enthusiastic Posty is. Just imagine what this fan would’ve been messaging into his group chat afterwards. And THAT is what earns a smile from us.

Try to convince me otherwise, these two are twin-flames. This video is literally just two weird kids from primary school buzzing off each other. What’s not to like about that?

Lucky for us, soon we’ll be able to create a new list as Post embarks on a new press tour for his latest album Twelve Carat Toothache. Trust us, it will make you smile just as much. 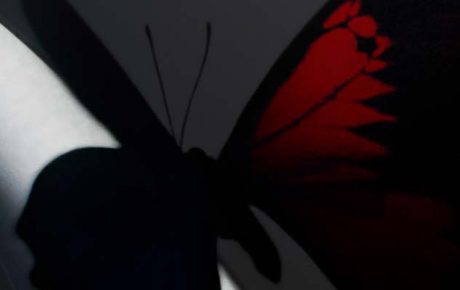 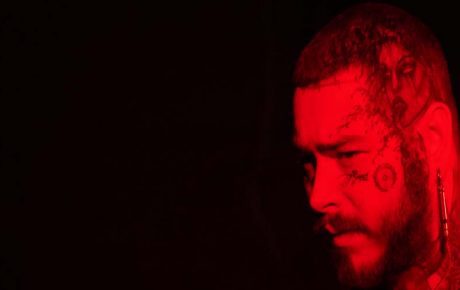